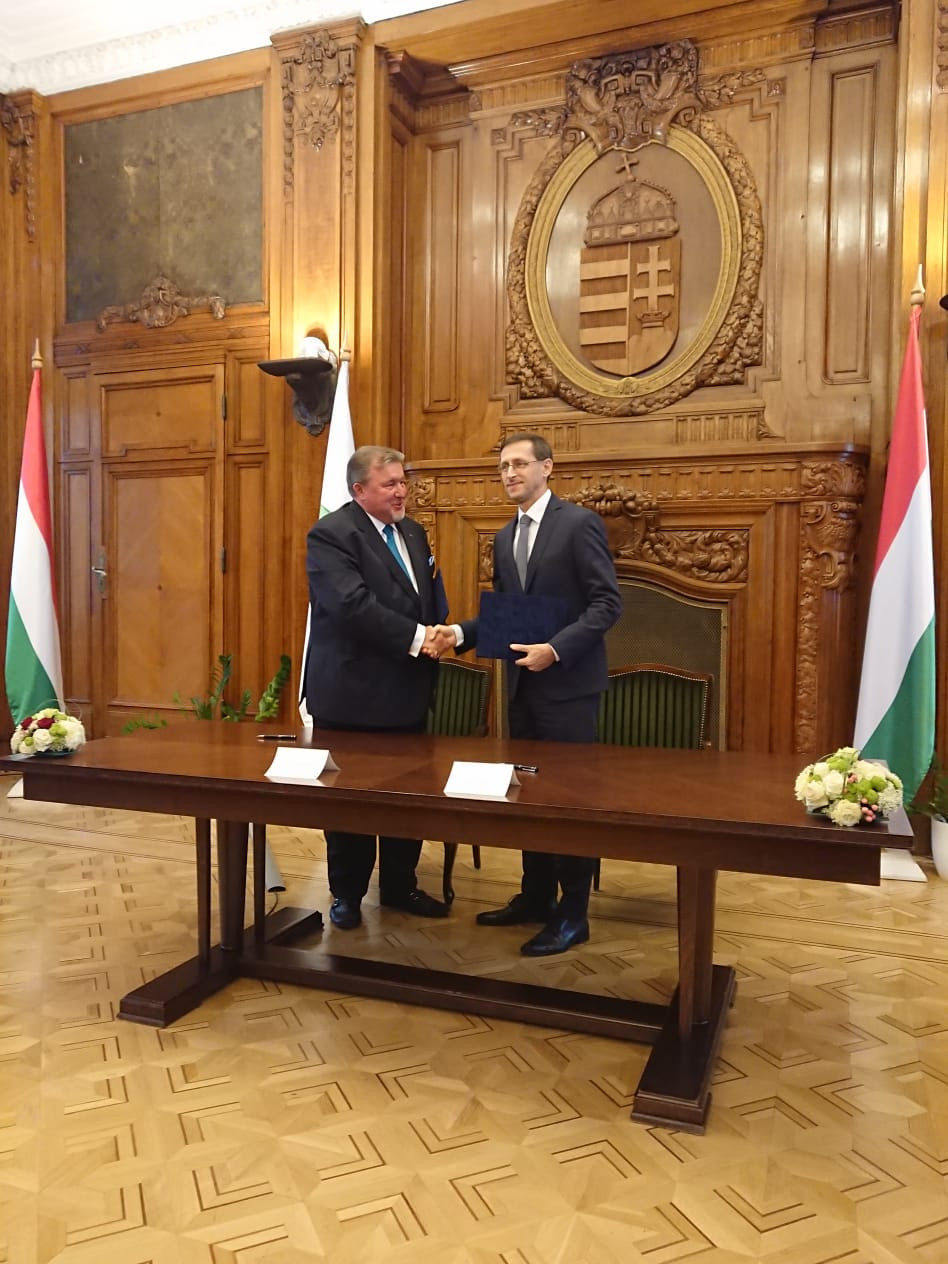 International Investment Bank to Open an Office in Budapest

The Minister stressed that Budapest is a dynamically developing international economic and financial centre, which has been proved by the fact that earlier the European Investment Bank (EIB) and the European Bank for Reconstruction and Development (EBRD) also decided to open their offices there.

“Opening a new regional branch of the IIB is also important for Hungary, since it is in line with the intention of the Government of Hungary to continue strengthening economic cooperation between the Bank’s member states and promote economic development of each member through the use of assets of this international financial institution. With this initiative, we want to enable a more efficient participation of the IIB in the commercial and financial activities of the region and the EU, and to further strengthen its presence in Central Europe”, Mihály Varga added.

The Minister reminded that strengthening competitiveness is one of the core challenges of the coming period for Hungary and for the Eastern European region. In this respect, further increase in corporate lending activity is required, which, with an office in Budapest, can be even more efficiently supported by IIB in the future.

The Minister said that the Hungarian capital has everything necessary to ensure successful operation of a new unit, and the Hungarian Government strives to provide the required support for successful operation of the new IIB regional office. Upon execution of the Memorandum, the Parties will work on a host-country agreement, which will regulate the legal status of the IIB European Unit. Upon approval of this document by the Parliament, the office is expected to begin operations in early 2019.

„In 2015 Hungary resumed its membership in the International Investment Bank and became its third largest shareholder after Russia and Bulgaria. When making a decision on re-joining the Bank, an essential driver was the fact that that the Bank’s management adopted new guiding principles in its operations. The new strategy of the Bank and its fast implementation gave the IIB an opportunity to become a modern international development bank. ”, Mihály Varga reminded.

IIB Chief economist spoke to the Hungarian weekly Figyelo on Brexit, the bank, the region

IIB building up CEE identity after relocation of HQs to Budapest