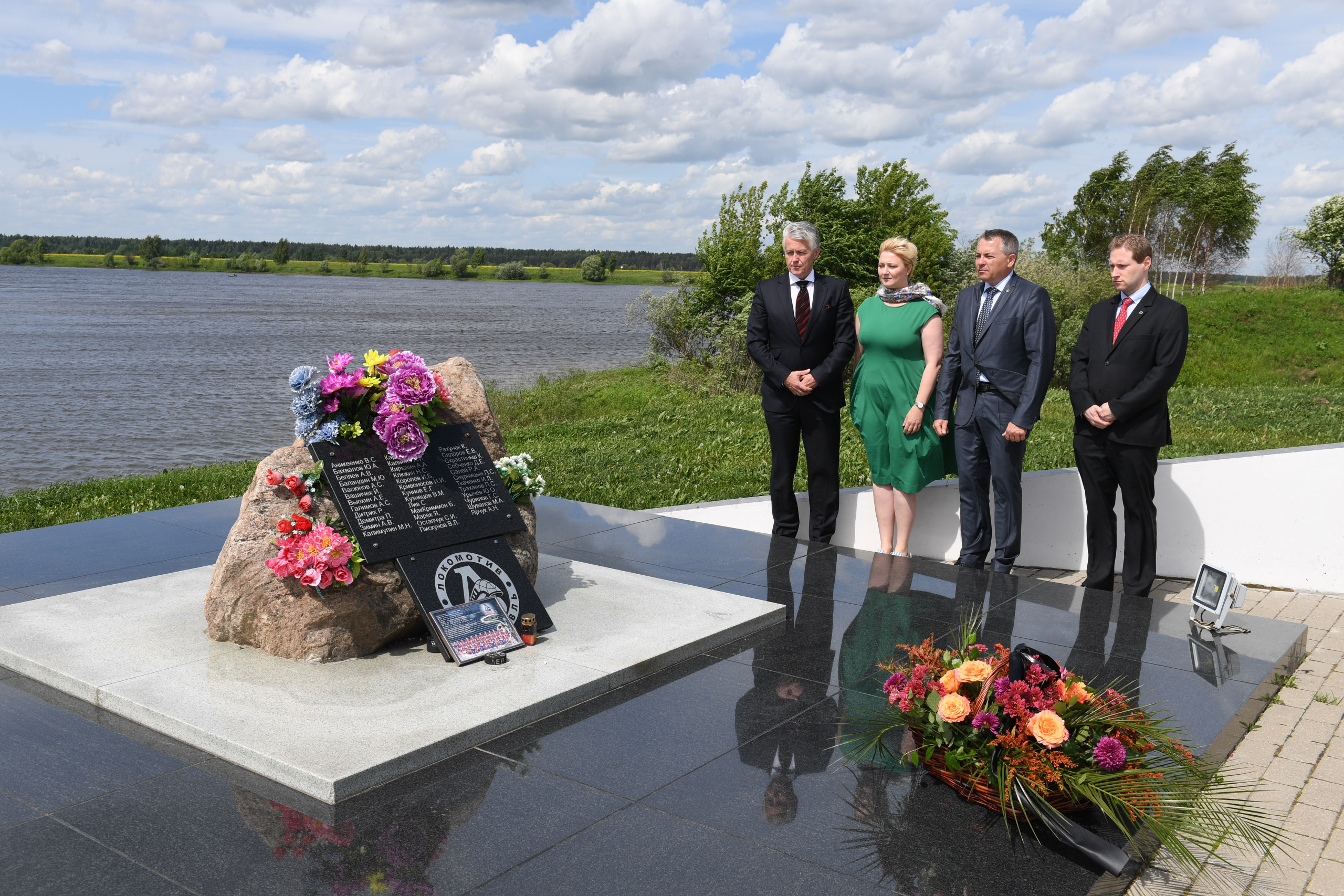 On the sidelines of the 109th Council Meeting of the Bank official events held in the Russian city of Yaroslavl, the Head of the Delegation of the Slovak Republic in the IIB Council, Deputy Minister of Finance Ms. Dana Meager and Slovakian representatives of the IIB - Deputy Chairman of the Board Jozef Kollár and Head of the European Regional Office of the Bank Igor Barat visited the venue of the tragic plane crash, which took lives of the whole local hockey team Lokomotiv, including that of the legendary Slovak sportsman Pavol Demitra. Demitra was a Slovak national team player, NHL star, multiple prize-winner of the world championships and Olympic tournaments. Ms. Meager, Mr. Kollar and Mr. Barat laid a wreath at the Memorial and commemorated a minute of silence to honour the memory of the late athletes.